She can go into anaphylactic shock from stepping outside.

If you thought you despised winter, meet Arianna Kent. Kent, who lives in Alberta, Canada, is actually allergic to the cold. Her allergy is so severe that she can go into anaphylactic shock just by stepping out into winter weather for a few minutes.

Kent was 14 years old when she first had an allergic reaction. She was outside shoveling snow when she suddenly broke out into hives and had difficulty breathing. At first, she dismissed it as a food allergy. But after years of reactions and medical testing, she was finally diagnosed with essential cold urticaria (ECU).

An extremely rare autoimmune disease, ECU is a chronic reactive skin condition that flares up when the body is exposed to chilly temperatures. ("Urticaria" is another word for hives.)

Even after layering up, Kate, now 21, can only spend about five minutes outside before having a reaction—it can happen if she's holding a chilled can of soda, for example, or even as she walks from her door to her car. Living in an area where temperatures can reach as low as -40 degrees Fahrenheit doesn’t do her any favors.

“It is a slow process, starting as small pin-sized hives on my arm that get bigger and begin to become raised,” she told the Daily Mail. “At their largest, my whole body can look like a whole swollen welt. It causes my skin to burn and itch, for my throat it’s like asthma where you are wheezing harder and find it difficult to breathe.”

Kent said she used to have to go to the hospital about three times a month thanks to severe reactions. Changing her diet and reducing her intake of foods that contain histamine, a chemical released in the body during allergic reactions, has lowered the number of hospital trips she takes to about once or twice a month.

“I can go into full blown anaphylactic shock, so I have to carry an EpiPen,” Kent said. “It’s terrifying knowing that if I’m in an area without access to medical help and my throat closes up, I could be at serious risk.”

If you’re wondering why Kent doesn’t move to a warmer climate, her symptoms actually flare up in the summer, too. “Even in 30 degrees Celsius [86 Fahrenheit] weather, a cool breeze or jumping into a pool can set me off,” she said. “Air conditioning is terrible and not my friend either. Even holding a cold drink if I want ice in it, I will feel my fingers are swollen after.”

Making things even worse, Kent also has to be careful about getting too hot. If she overheat, and her body temperature drops to try to cool itself down, she risks another reaction.

5 Causes of Hives You Wouldn't Expect

Because it's so rare, there’s very little information on ECU, and that lack of knowledge can be challenging for Kent. Not many people understand her condition, which makes it hard to live her everyday life.

“People often don't believe me or know it's a real allergy. They say, ‘Yes Arianna, we know you're always cold but that doesn't mean you're allergic to it,’” she said. “Even when I've been to the hospital and explain to them that I have an allergy to the cold, some professionals have no idea and look at me like I'm crazy.”

ECU is a real condition, and thanks to people like Kent, we can see there’s a clear need for increased awareness. 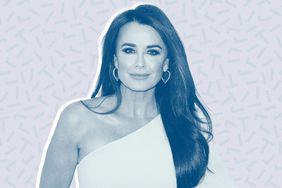 Kyle Richards Was Hospitalized After 'Multiple' Bee Stings: 'They Were in My Hair and Literally Chasing Me' 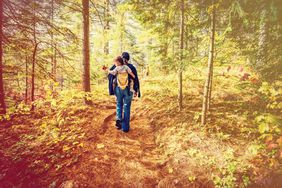 California Family Likely Died of Hyperthermia and Dehydration on Hike, Officials Say—Here's What That Means

Common Flu Shot Side Effects to Know, According to Experts

Everything You Need to Know About Ant Bites, According to Experts

Bee Sting Treatments: What to Know, and When to See a Doctor

Can Allergies Cause a Sore Throat? What to Know, According to Experts
Can Stress Cause Hives? What to Know About Stress Rashes, and How to Treat One 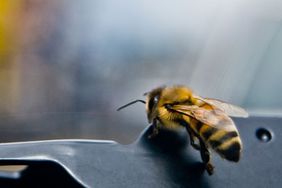 4 Tips for Treating a Bee Sting 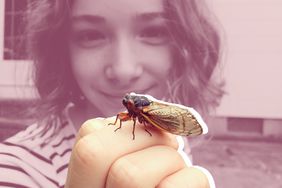 Is It Possible To Have an Allergic Reaction to COVID-19?